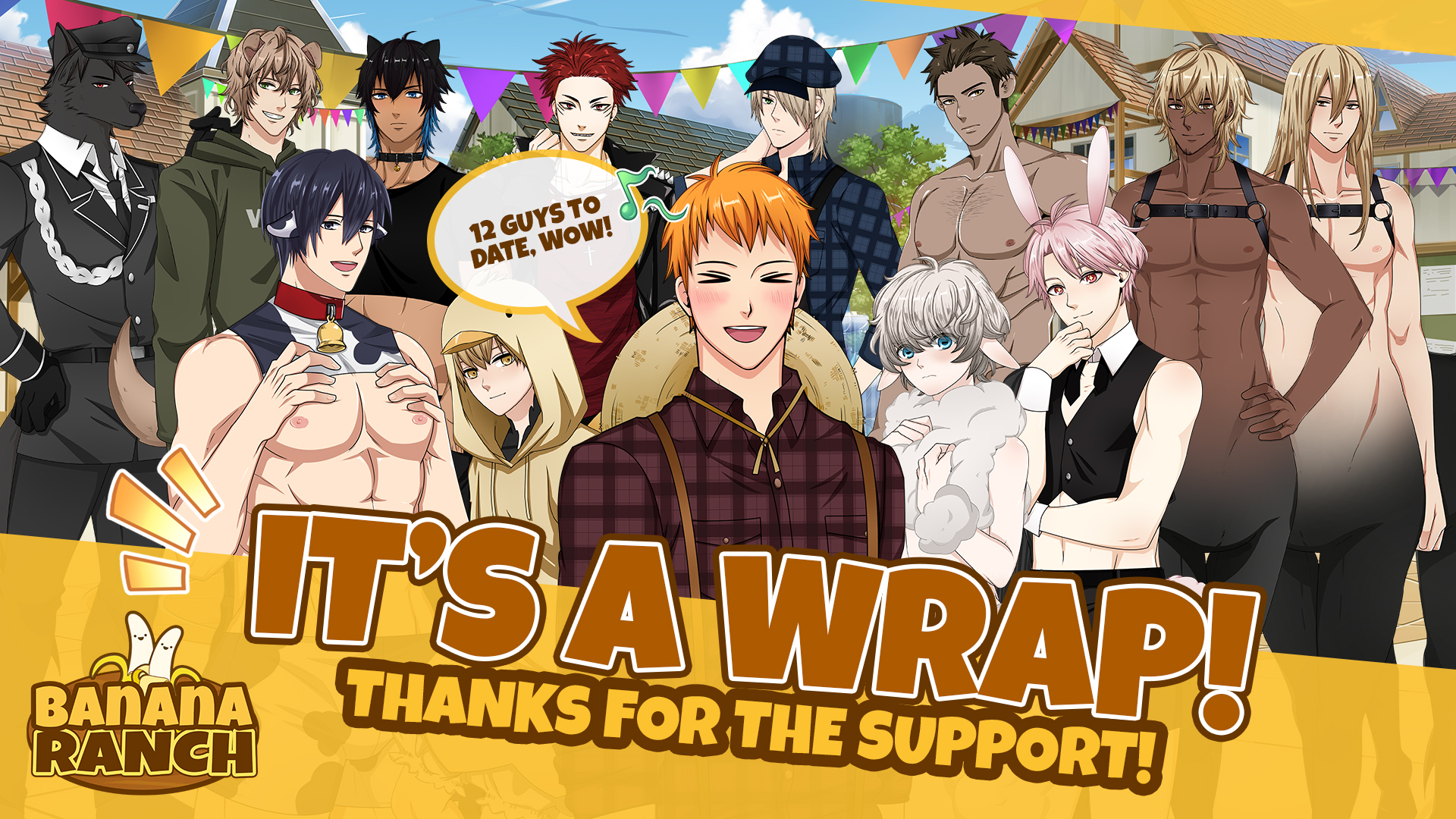 Thanks to those pledging on the last day, Howl's romance route is achieved and you'll be able to date the mysterious and beastly wolf in the final game! 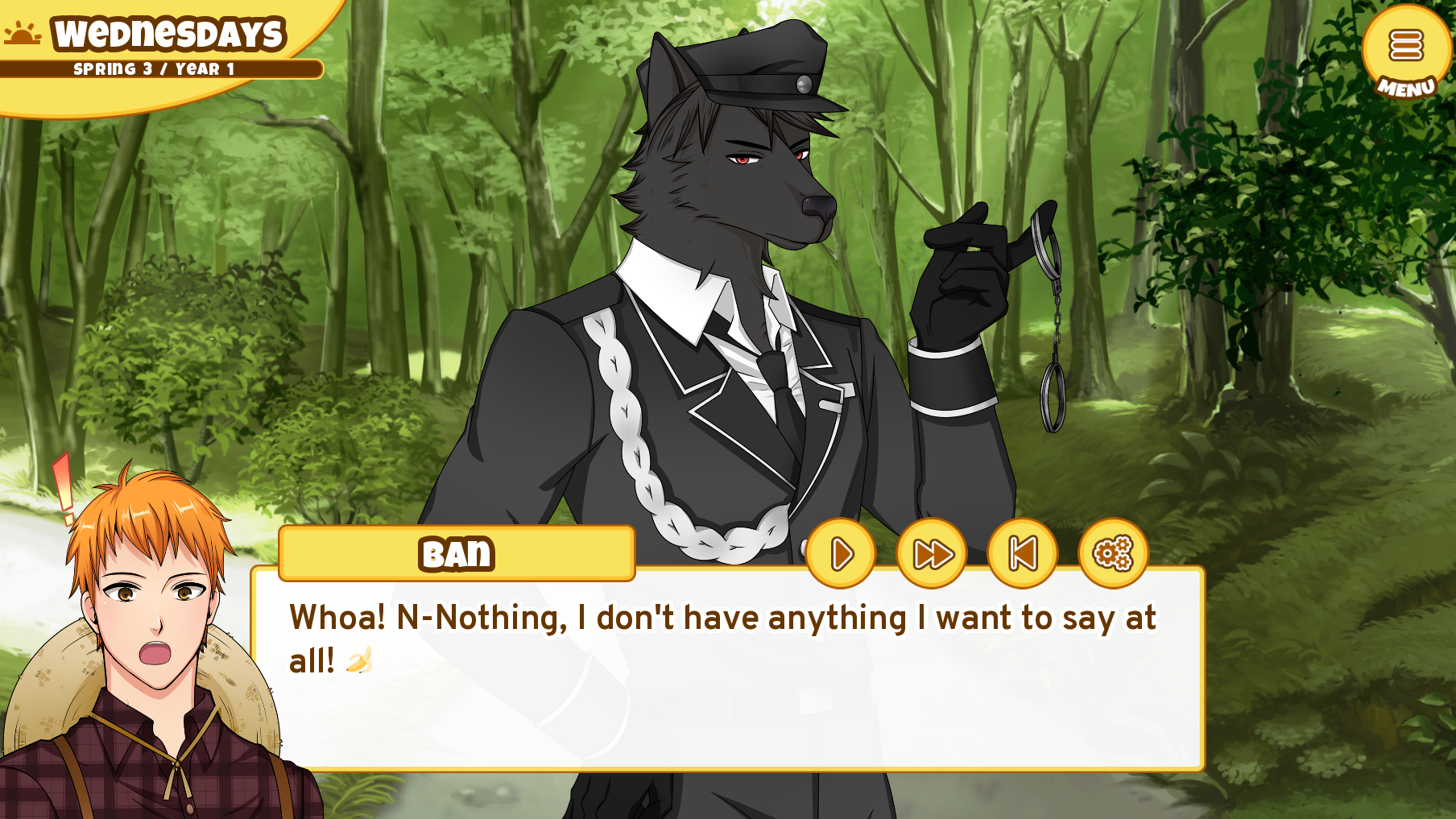 The campaign ends up being much more successful than I expected. I thought it was doomed when I found out Indiegogo was no longer an option ^^; This success is thanks to you all! Not only those who backed the project, but also those who helped spread word about it! Thank you! <3

For Patreon backers, I'll be sending out a reward survey sometime around this week. Please make sure to fill it in with the correct information by then! (The survey link will be sent out via Patreon account's registered e-mail address)

Anyway, this is only the beginning, the real challenge has only just begun! It's still a year or so before you guys can play the first route (beta), but I'll keep you guys updated on the game's progress! Hope the journey will be a smooth one! Due to the additional romance routes, the final release date has  also been postponed by another year.

Once again, thank you for the support, everyone <3

Back to game-making now! Dropping some screenshots with Banana Ranch's new features in case you guys aren't following my Twitter ^_^

Ban can walk all over the map now! (+ there will be some simple fishing mini-game!) 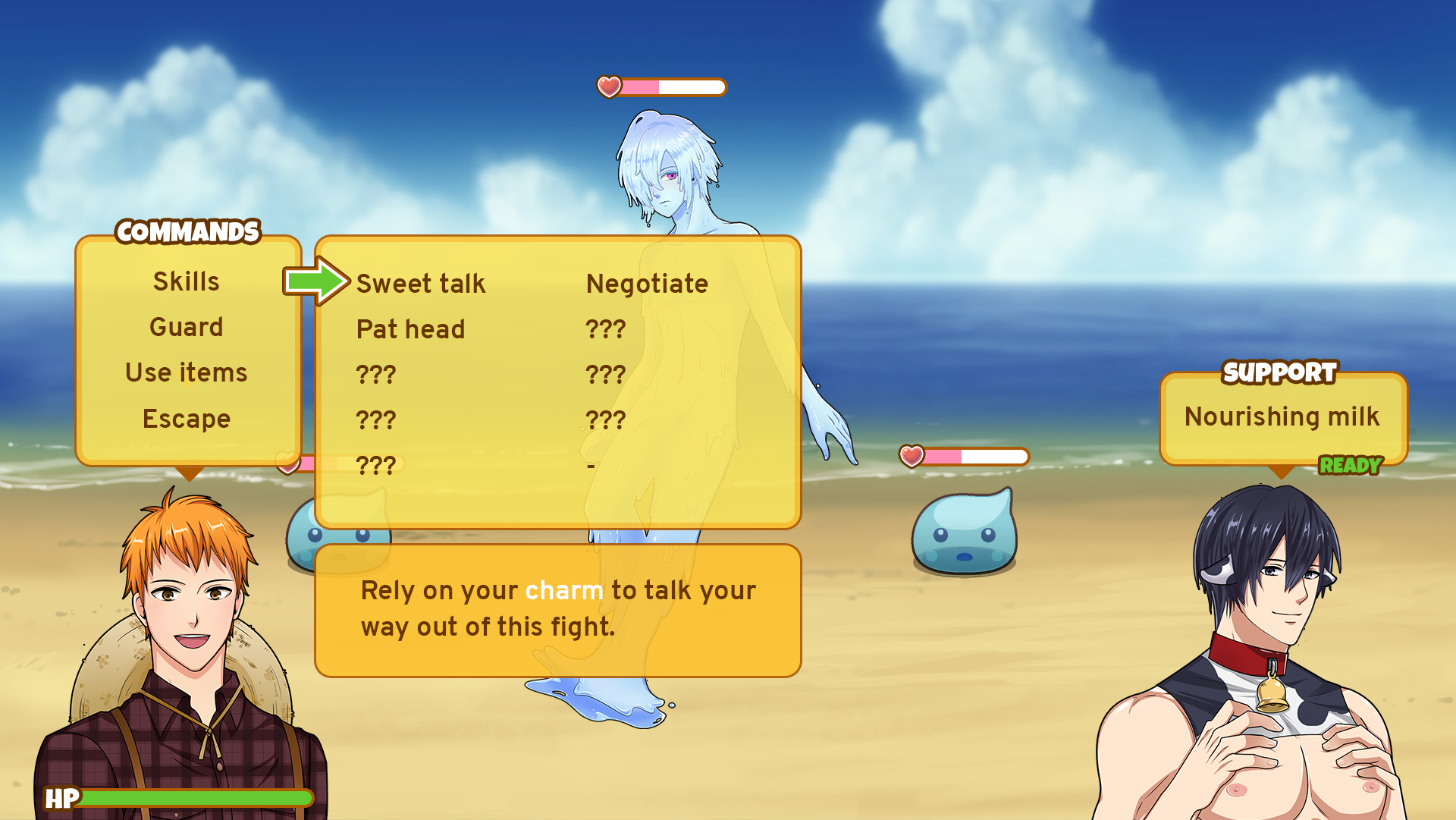 Ban can travel outside town to collect materials & monsters might attack him randomly during the excursion. Instead of killing, Ban's way of dealing with monster is to coax them to let him go (and maybe give him some freebie items / money) 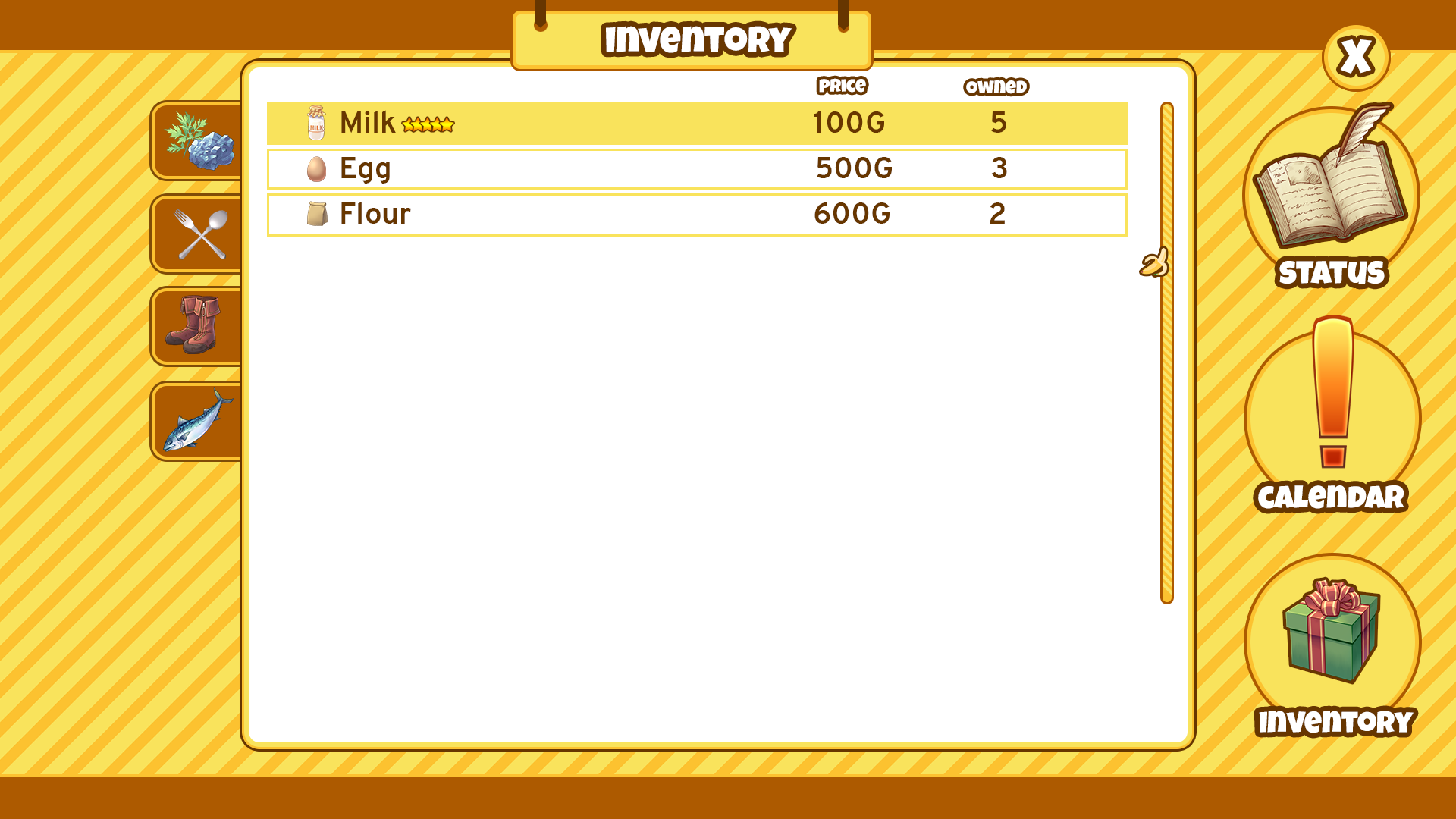 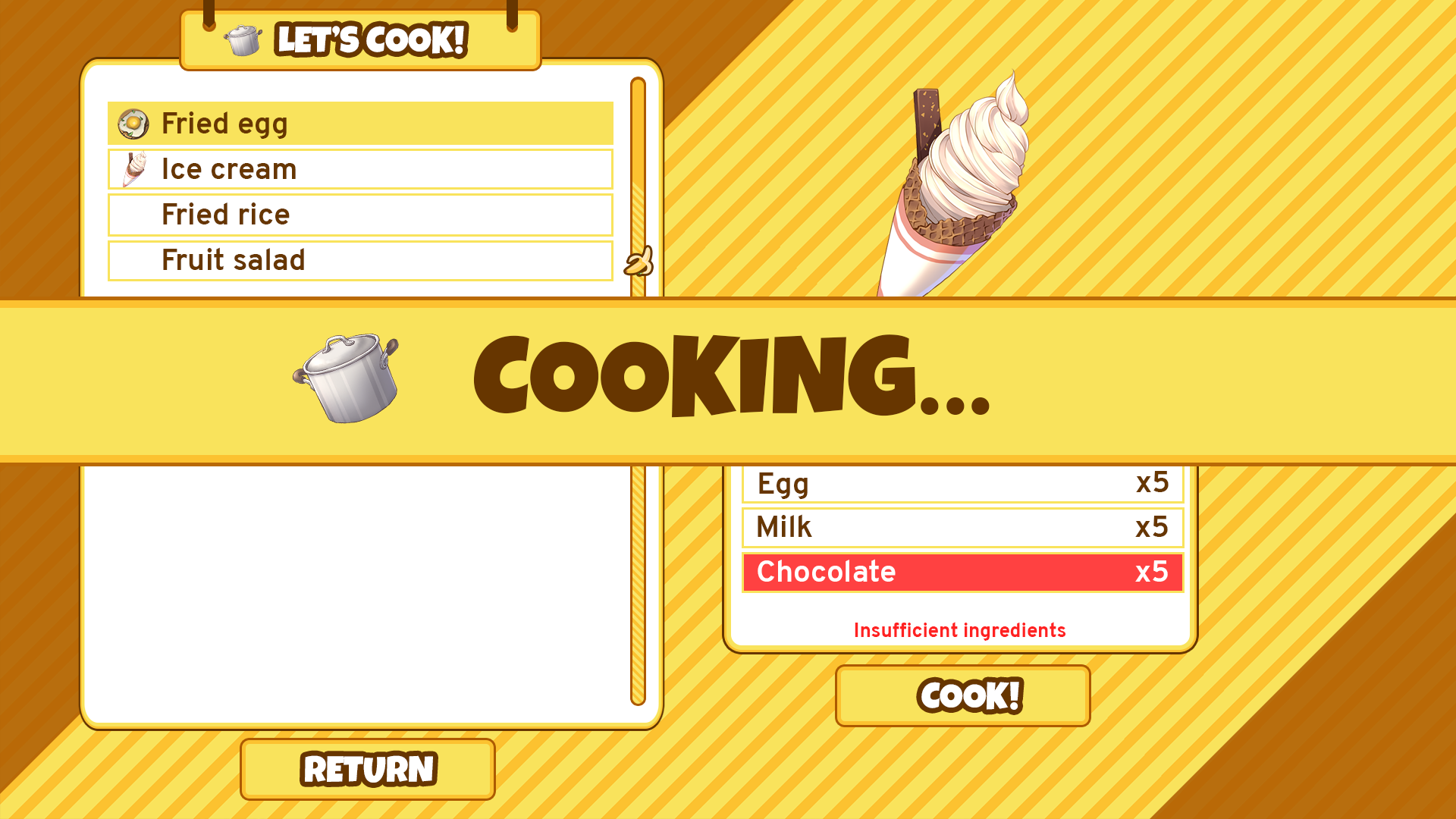 Hope these new features will enrich the gameplay further ^_^

So there will be no Haves ? :( Man I was so excited about this game but he was really the only one i was really interested in

Wow, I've just had my daily-dumbass moment even tho I'm not at work! I literally JUST realized that the little text links on the main page of the website lead to SEPARATE blog posts! I always assumed that they just took you to relevant places on the main page! Wow, I'm dumb, and I've got a bunch of catching up to do--this game is looking even better than I had hoped, and I was already in love with it <3

Can ban have two wife? Wkwkw i love moocha and hunny

Ooooh! really looking forward to that monster fight aspect! I wonder if there'll be "Bad Ends" if you lose the fight?

Also love the inclusion of being able to control POV during foreplay. Awesome!

And yaaaaaay for Howl! I already decided from the demo that i wanted Moocha as my cute wife and Howl as my oh-so-Alpha hubby!

(The kids in either case would be F###ING ADORABLE!)