Now that I'm done with the Baradise Escape demo, I'll switch gear to working full time on Finn's route! Most of the needed artwork has been done right now, so I think this is the right timing (previously, I was in waiting mode for the artwork).

Currently, 14/21 of the CG artwork for Finn has been finished, while 2 are still in final shading part (so, shouldn't take too long), which leaves 5 more CGs to make! Unfortunately, I just received news that our Banana Ranch artist got COVID :/ (should be the milder version, though, thankfully!). This means the Banana Ranch CG production will be halted for a while. Let us all wish her a thorough recovery! I predict artwork should be done in 1-2 months (or 3 months, if more unfortunate circumstances arise...) 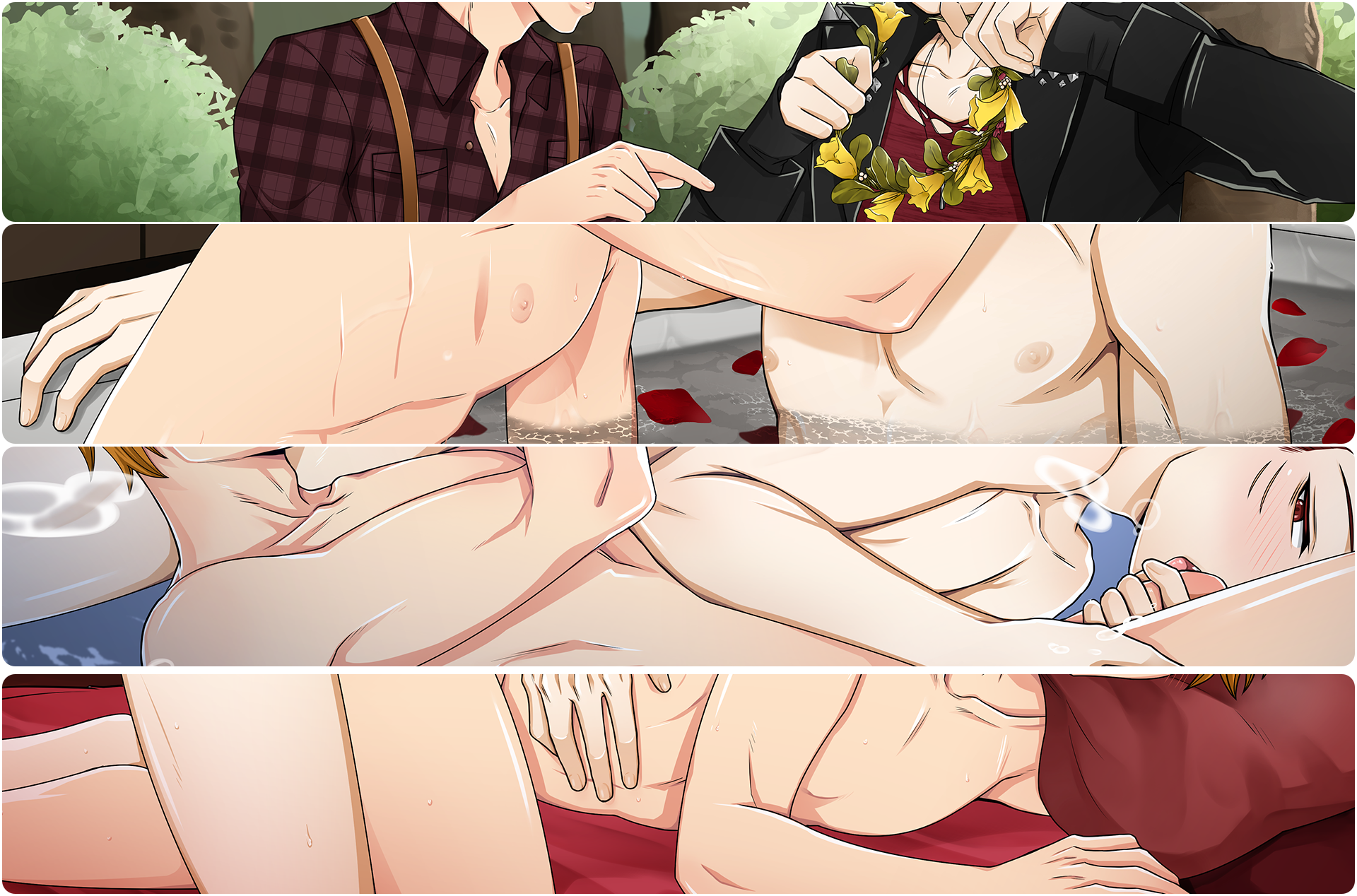 I also posted some more Finn CG sketches preview on my Twitter. Do check them out if you haven't already~

Is this game complete?

Nope. The actual game is in pre-order. You can pay for beta if you want access early, and you get to play the incomplete game as they build it, and give feedback and suggestions, which they can use to improve the game as they go. Can be a pretty nice idea, when communication is good between game developers and players. Currently only one romance route is fully complete (Moocha's), and they're starting on Finn's.

Basically, if you're someone who wants to play every route (rather than just a select few), and enjoys the idea of being able give feedback and suggestions, and would like having access to the beta, I would recommend giving it a go.

On the other hand, if you're someone who gets easily impatient, dislike the idea of having to communicate with the developers, or if you are someone who would get really annoyed by bugs or other problems, I'd recommend either buying the pre-order, or just waiting for the release.

Oh My favorite sharky beau.  soon you (and eventually the teddy bear and the pajama wearing pup will be mine) and my happipness and farm husbando sets will be complete. :-D

In the meantime I'll go play bara island to ease my eagerness!