Due to requests received, here is the guide for the demo! 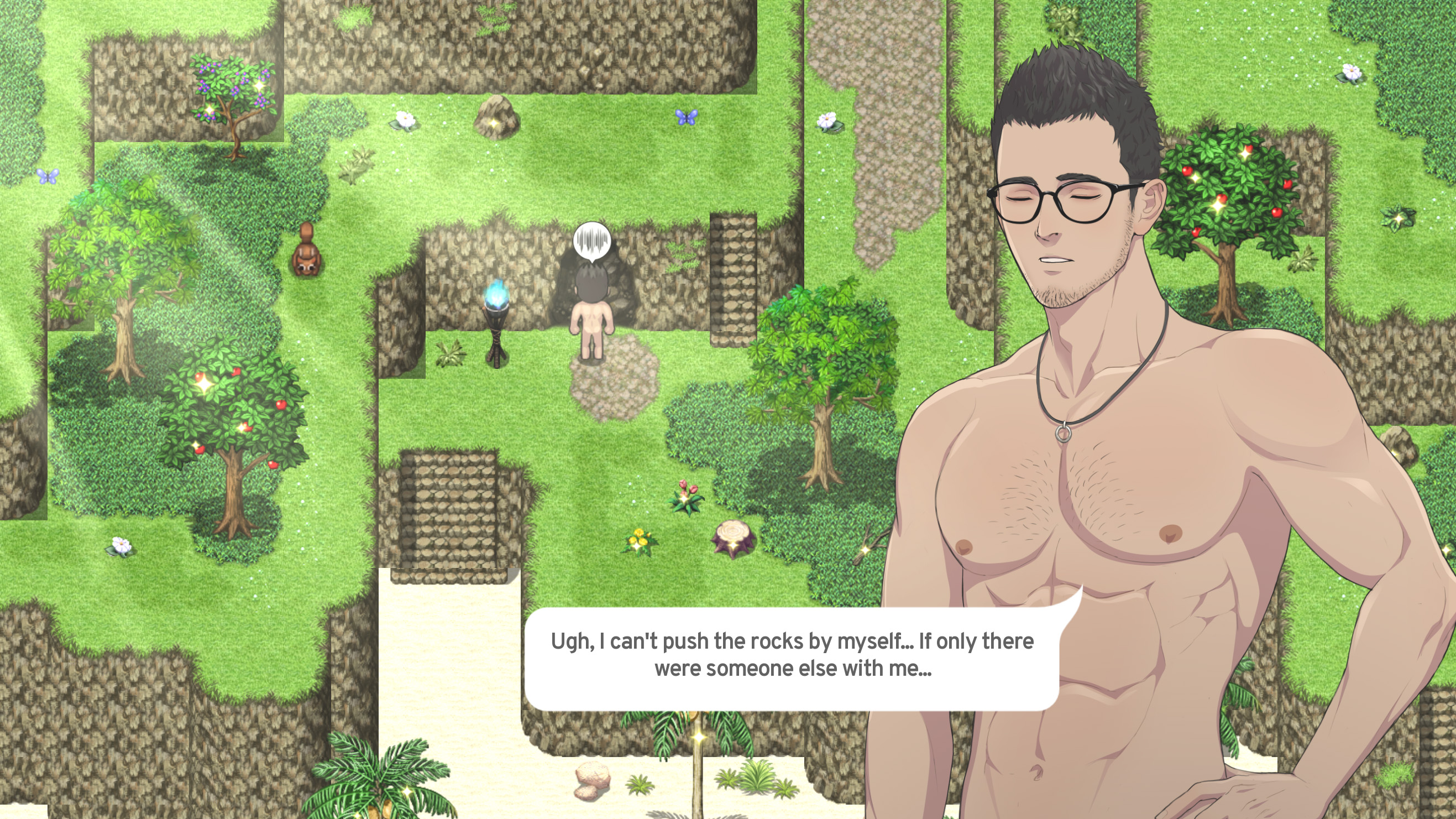 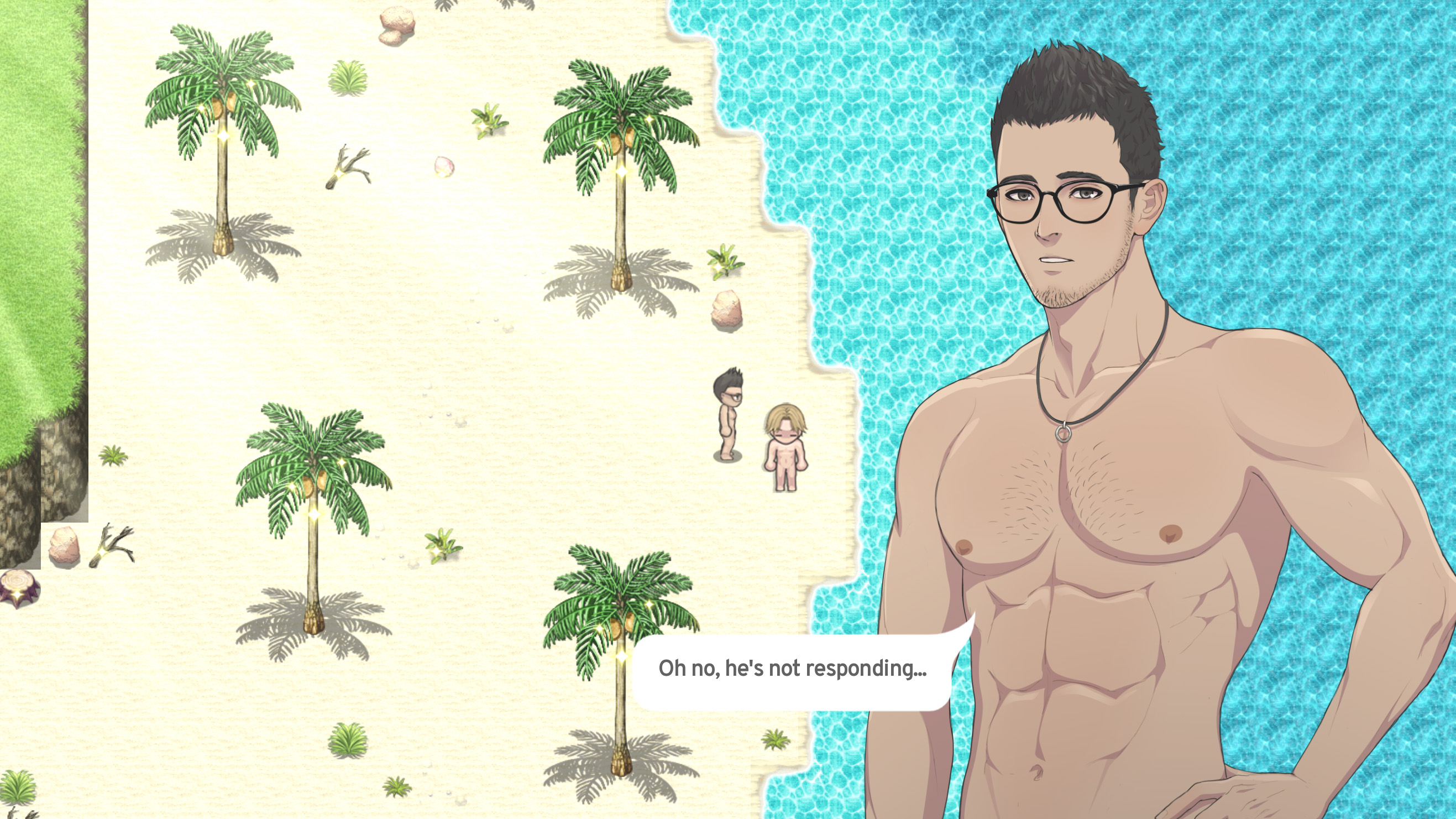 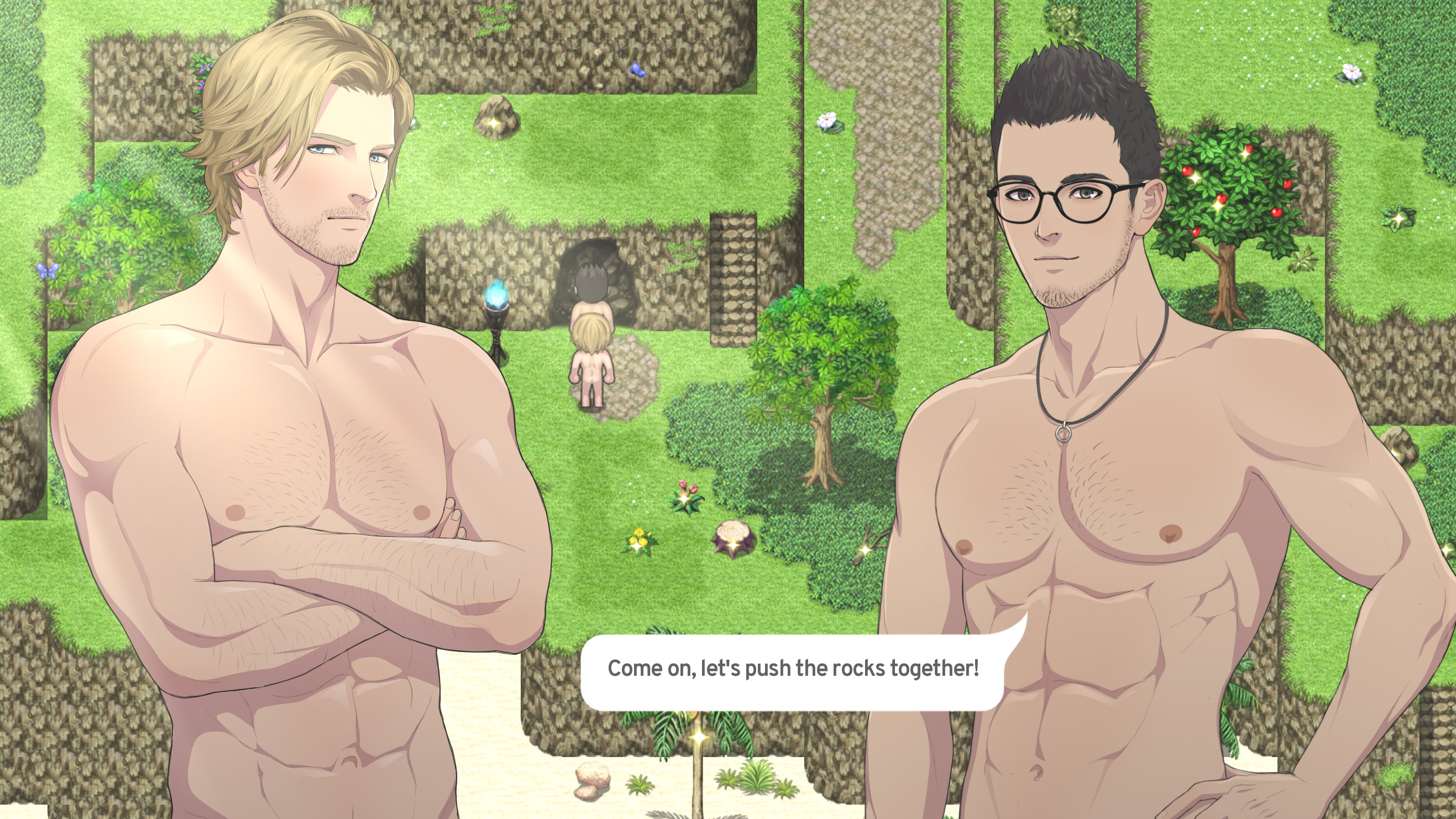 How to reach Haluca tribe to meet Ragnar, Lex, and Citali:

Here's the complete flow along with map guide! (pay attention to the arrow image and the number)

1) Go up from the initial beach area 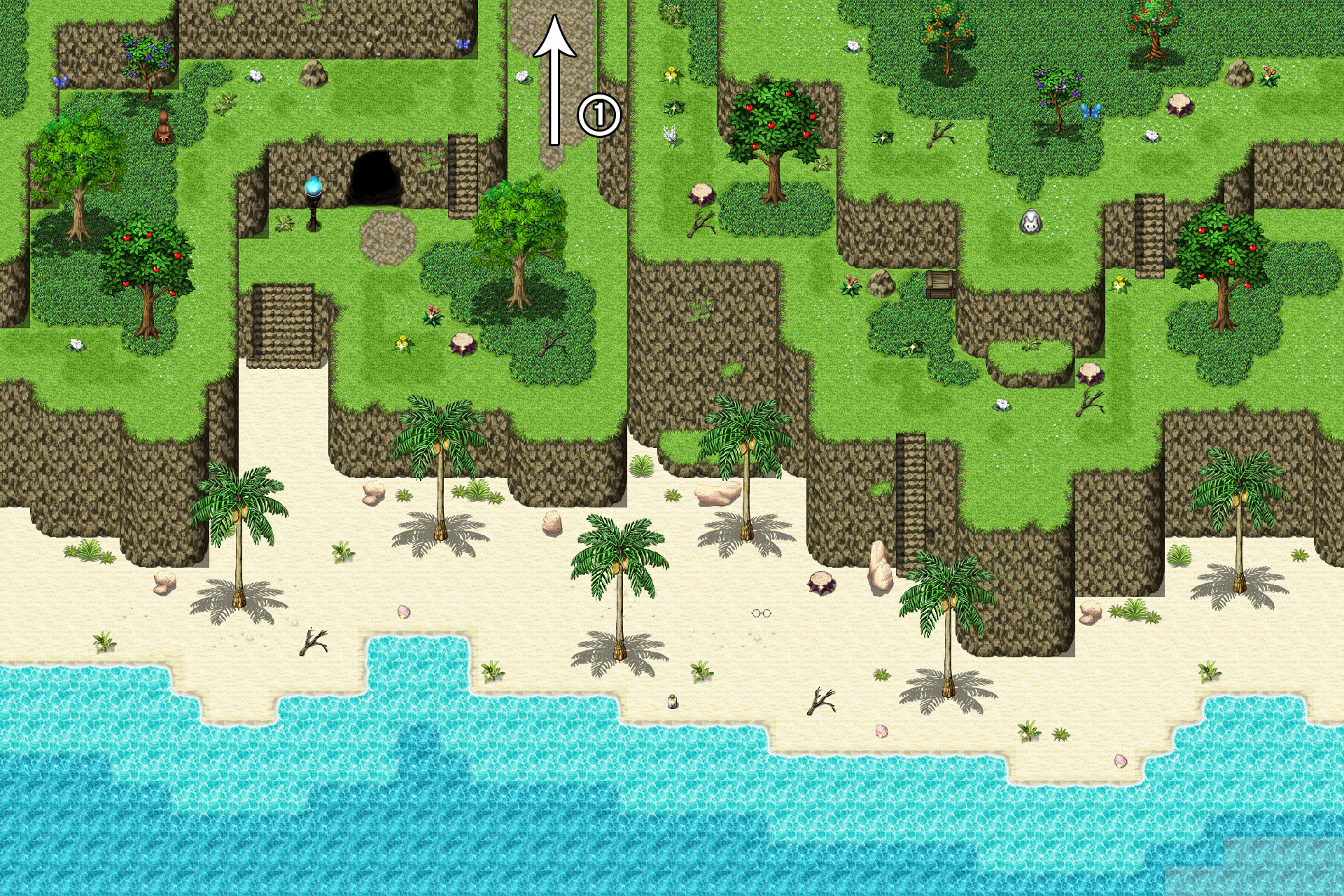 2) Continue going up north from the forest area 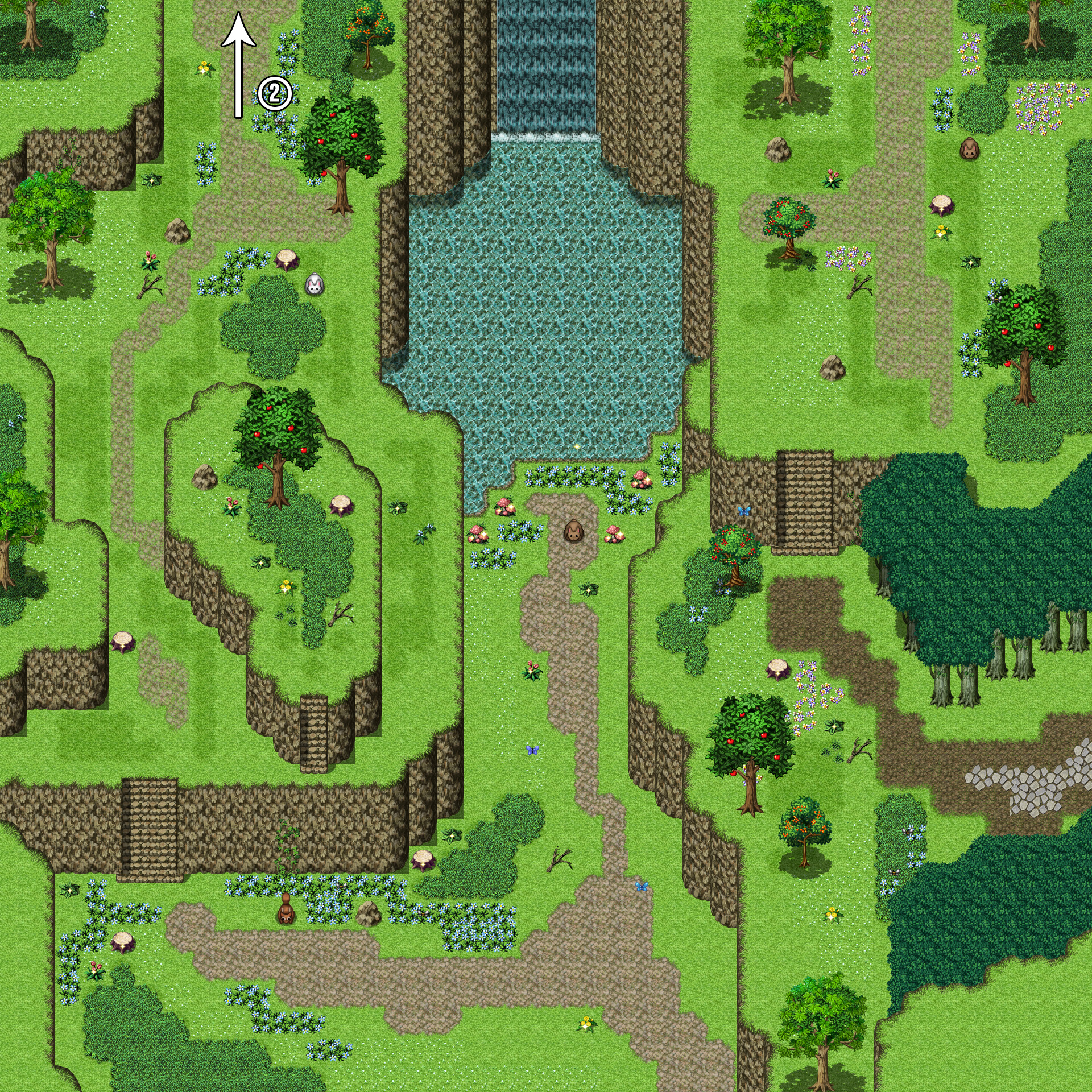 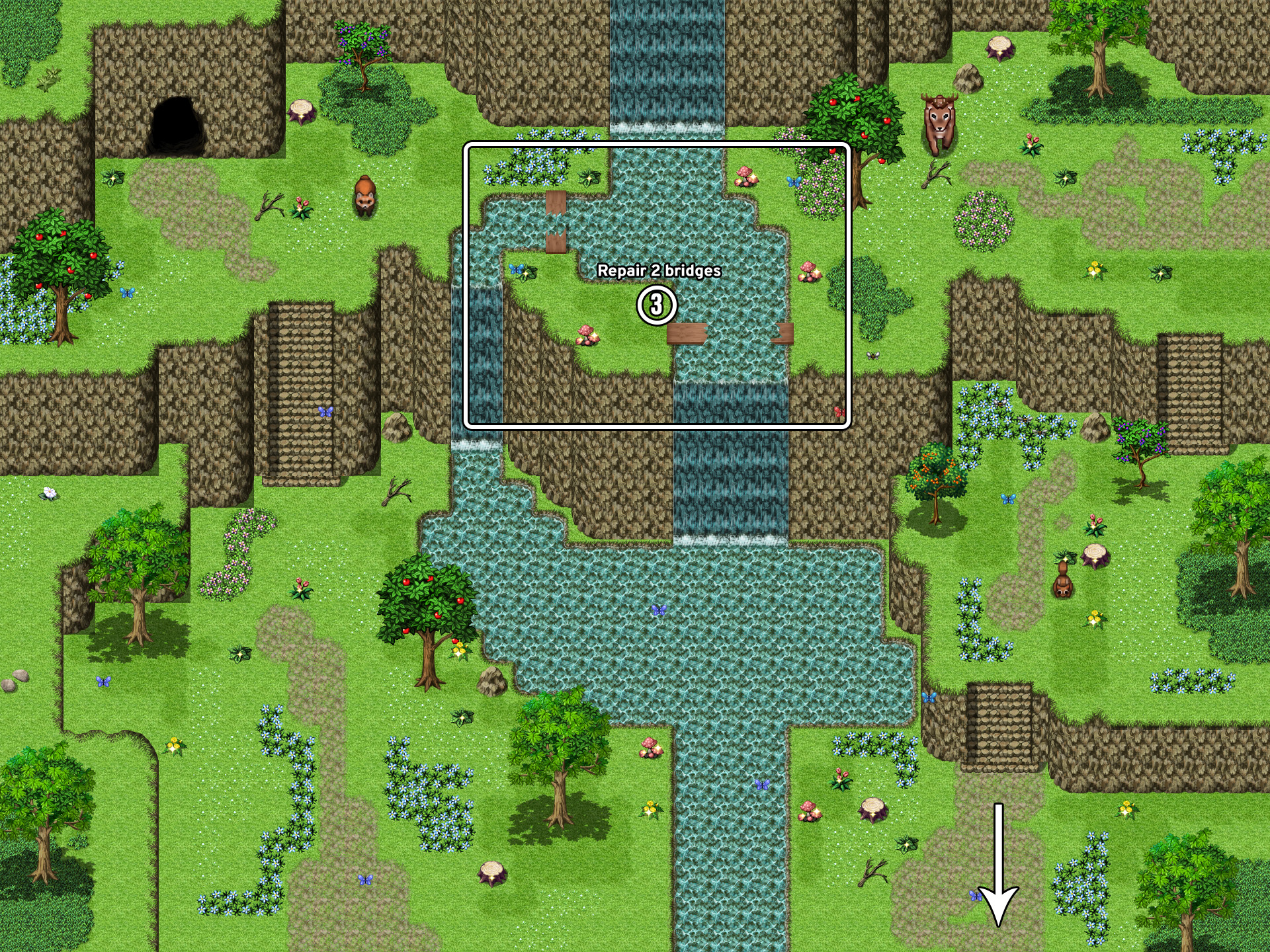 4) Enter the deeper part of the forest: 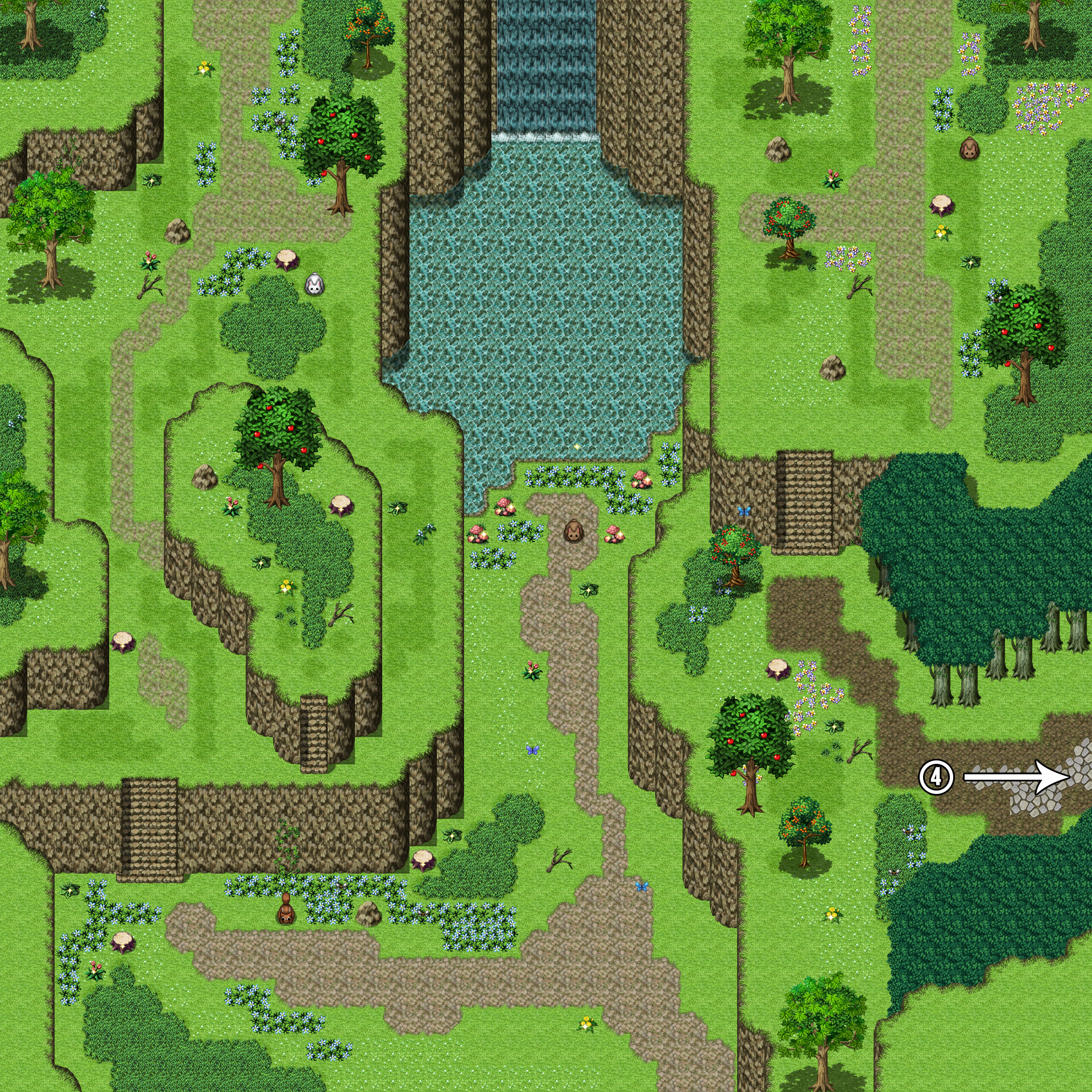 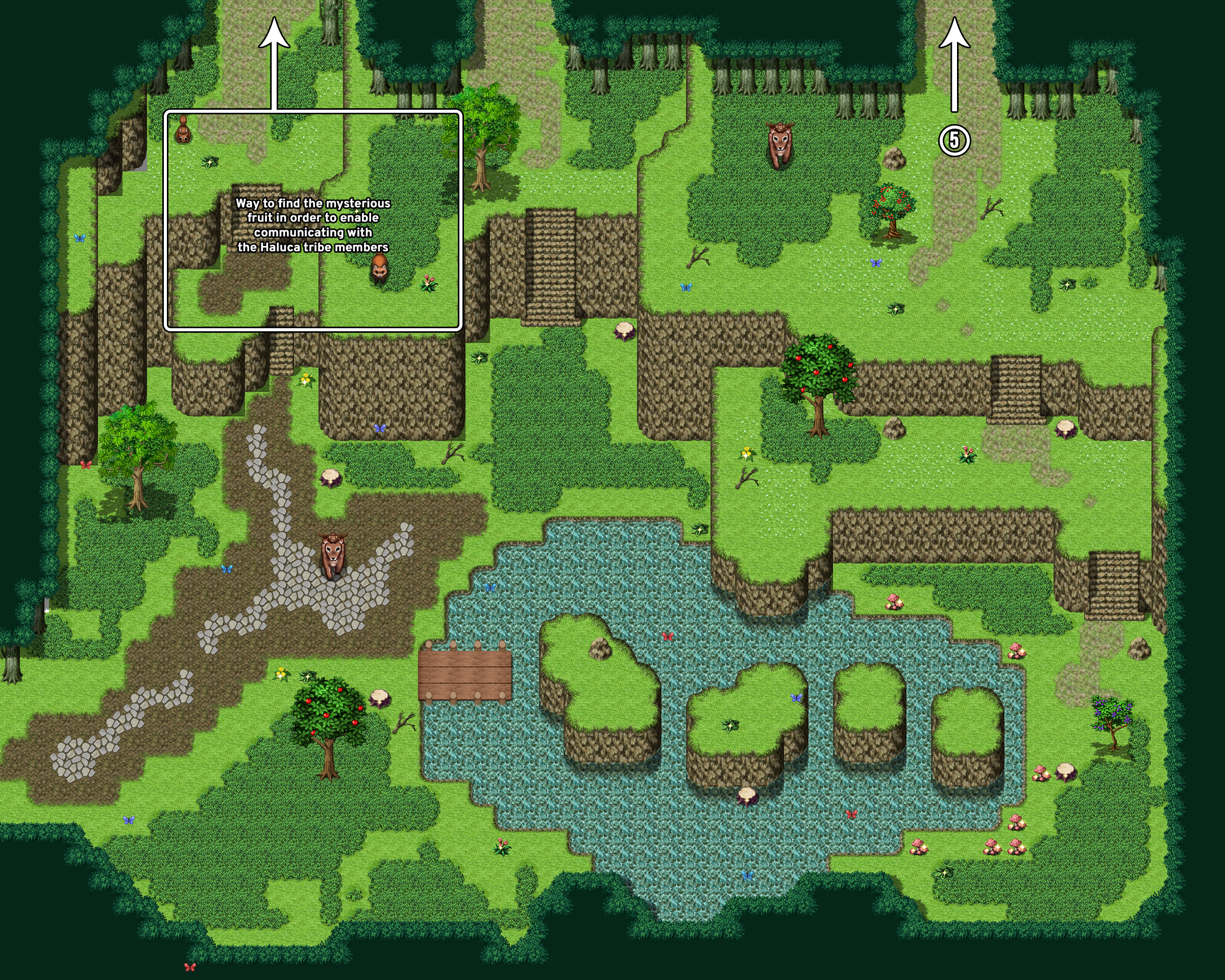 6) After entering jungle area, enter the cave. After you're done with the cave, go to the right. 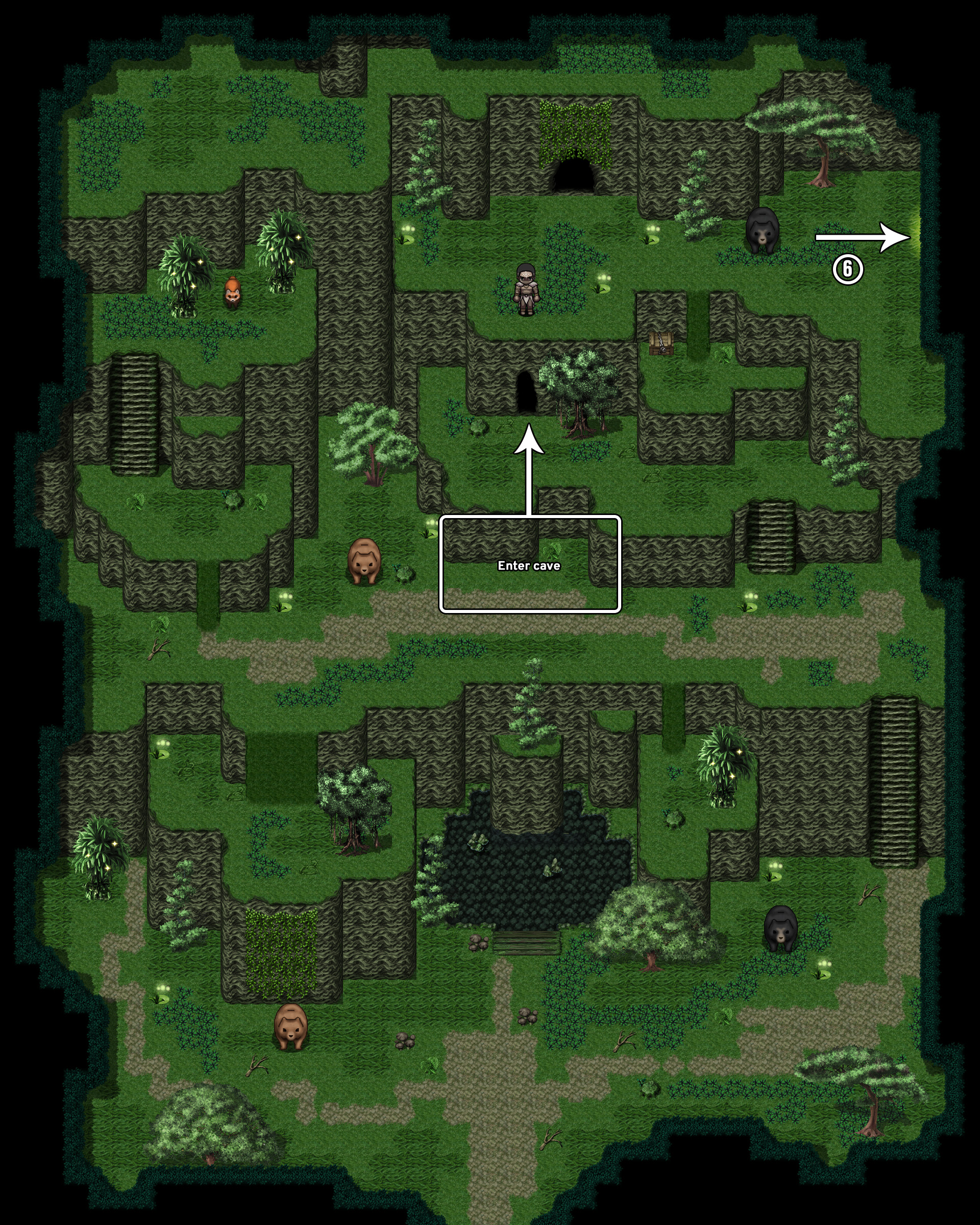 7) Head up north and you're done. You've finally arrived at Haluca tribe! If you have / have not collected the mysterious fruit, head inside the tent and interact with the book there where you finally know about the mysterious fruit. If you have collected the fruit, you'll have a prompt whether to eat it or not. After eating, you'll be able to communicate with Haluca tribe natives, otherwise you can only see garblish words written there. 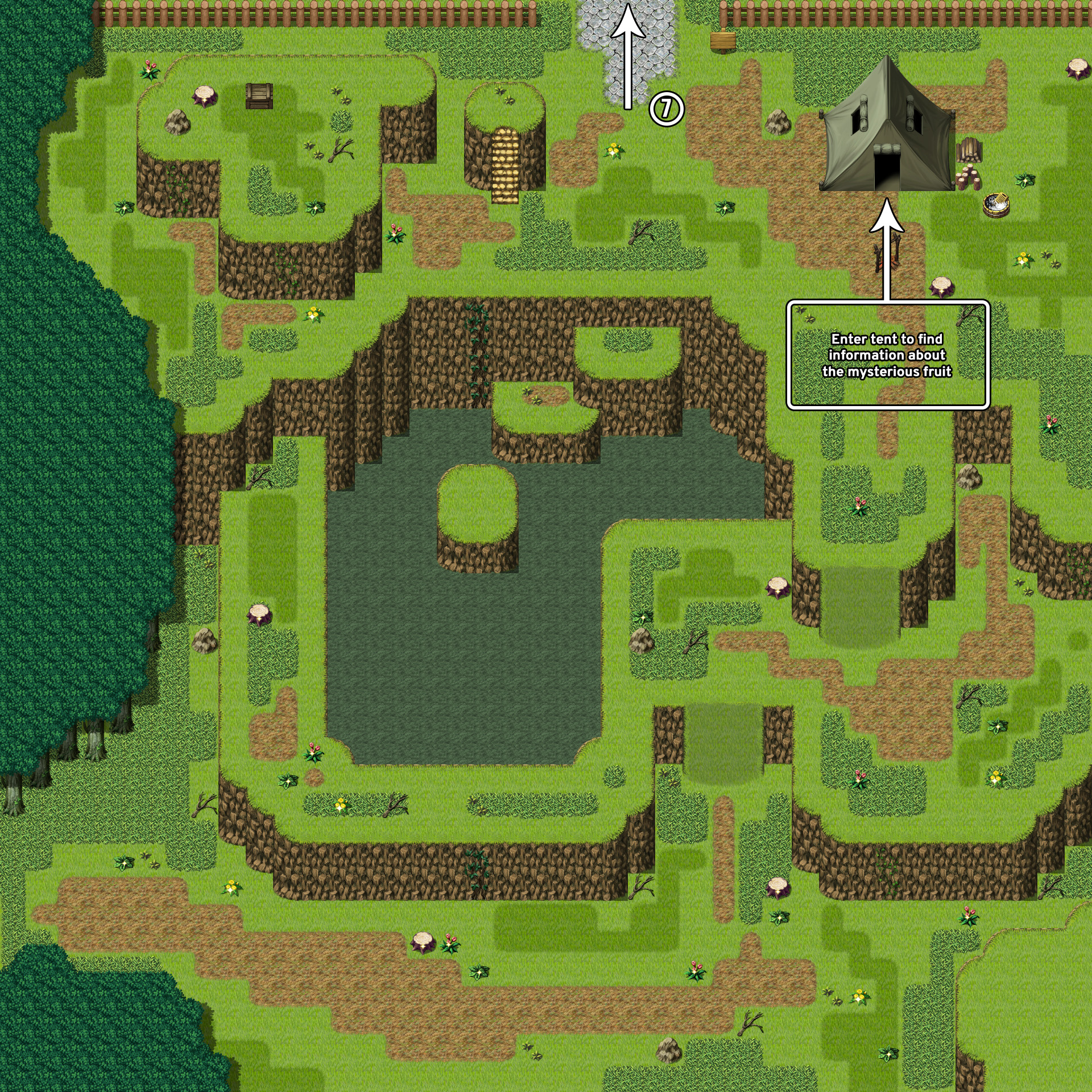 How to "officially" move base camp to Haluca tribe? 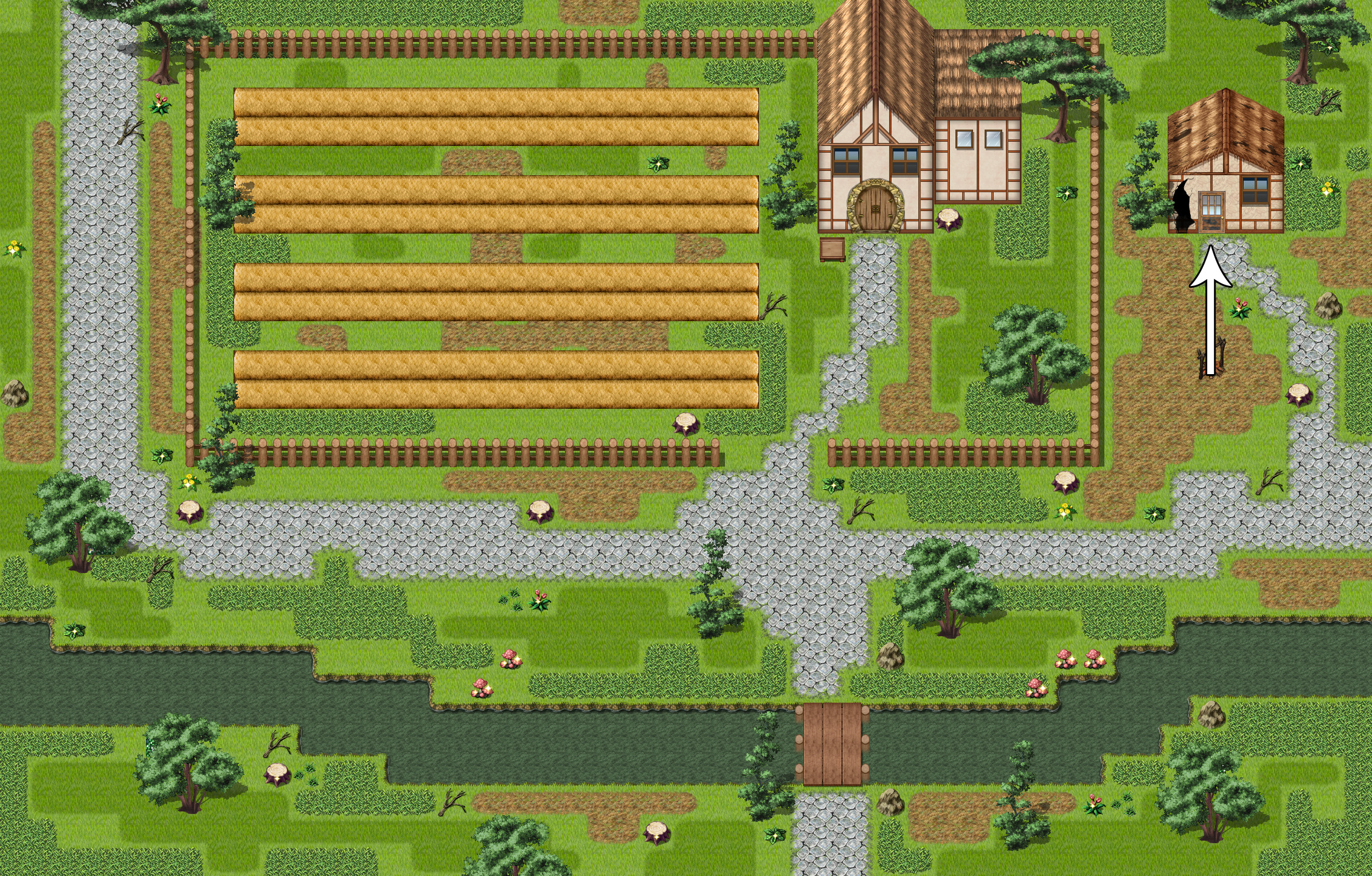 How to get the CG scenes in demo:

Anyway, that should be it. If you've played the demo, make sure to fill in this survey! It'll be very helpful, thank you =D

I don't know why, it won't let me fix the second bridge (T_T)